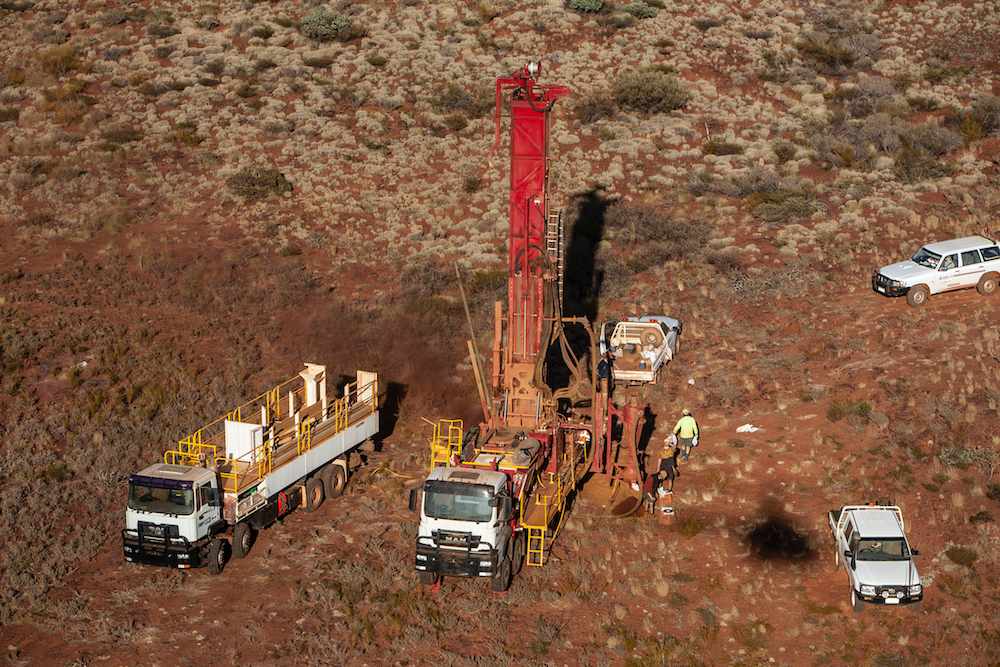 Australia has an 11% share of world resources of tungsten, but production is minor. Tungsten (W) is a hard, brittle, steel-grey metal with many outstanding properties. Tungsten and its alloys are amongst the hardest of all metals. In addition to its hardness, tungsten possesses the second highest melting point of all pure metals after carbon. A temperature of about 5700°C is required to bring tungsten to boil, which is equivalent to the temperature of the sun’s surface. This makes it useful for many commercial and industrial applications. Geoscience Australia states that, there is potential for new resource definition and upgrade of existing resources in historical mining areas. There have been several tungsten projects in Australia (historical and present), and these solely focused on discovery and development of tungsten deposits:

Global Road Technology evaluates the history of tungsten, tungsten-bearing minerals, uses of tungsten, and its role as a critical mineral and global market, and wraps up with a tungsten-related interview from the GRT Q&A series.

Tungsten comes from the Swedish words “tung” and “sten” which mean “heavy stone”. It is also referred to as “wolfram” throughout Europe and wasn’t originally considered a critical mineral like it is today. In the Middle Ages, German tin miners noticed how the mineral interfered with the smelting process by absorbing much of the valuable tin, likening it to how a “wolf eats sheep”. Scheelite is named after the discoverer of tungsten, K. W. Scheele. Scheelite crystals are translucent, ranging in colour from white, and yellow, through orange or greenish-grey to brown, with an adamantine to greasy lustre, and fluorescence of bright blue-white under ultraviolet light.

While there are more than 30 known tungsten-bearing minerals, wolframite and scheelite are the most important ores for extraction. In mining, one or both minerals are extracted from the ore and concentrated. Tungsten occurs as wolframite, which is an iron manganese tungstate mineral ([Fe, Mn]WO4), and scheelite (CaWO4). Wolframite is a black to grey/brown primary ore of tungsten, with a submetallic to resinous lustre. Other main ones include ferberite, hubnerite, pinalite, respite, russellite and stolzite. Tungsten-bearing deposits occur in Western Australia, the Northern Territory and along the eastern coast of Australia. Tungsten is not typically sold as raw ore, it is chemically extracted from crushed ore and a partially refined product, such as ammonium paratungstate (APT), is then sold for further processing. However, alloys for which hardness and heat resistance are required, such as ferrotungsten (FeW), which is used in steel, are commonly produced from rich concentrates, typically with 65% or more contained tungsten trioxide (WO3).

What is the geological setting of tungsten deposits?

There are three main geological settings of Tungsten deposits:

What are the uses of tungsten?

The major use of tungsten is in cemented carbides, which are also called hard metals. They have a hardness approaching that of a diamond. Tungsten finds its use in industries such as mining, metalworking, oil and gas, construction, military and jewellery industries. The uses of tungsten include:

Why is tungsten a critical mineral?

Tungsten is quite a scarce mineral with total global reserves estimated at about 7 million tonnes which is equivalent to about 100 years of consumption. Tungsten is expected to grow by more than 25,000 tonnes to 130,000 by 2027. Tungsten is considered a critical mineral by the European Union, the United Kingdom and the United States of America. This is due to its economic importance and potential for supply disruption with few substation options for it. As a result, the commodity has regained the interest of many ASX mineral stocks. China holds about 51% of the world market share of tungsten. The market dynamics include government regulations in China threatening supply and ageing mines closing throughout Europe. Tungsten is strategically important, with the USA maintaining a government stockpile of tungsten since the 1940s. Analysts forecast higher tungsten prices in the near-term with a potential supply deficit on the cards and a dire need to boost tungsten exploration outside China. The potential threats to the demand of tungsten include:

GRT recently spoke to the General Manager and Operations Director of CRONIMET Australia.  Ryan MacNeill is heading operations at the Mt Carbine Tungsten Mine through CRONIMET’s JV with EQ Resources, with a focus on growing operational capacities & outputs.

As a JV partner to EQ Resources, which is Australia’s only primary tungsten producer, their focus is on securing and improving long-term critical mineral supply from their tungsten mining operations at Mt Carbine in Far Northern Queensland.

Leveraging the XRT Sorting technology, CRONIMET Australia seeks to gain further competitive advantage and looks forward to watching the Mt Carbine operations grow into an international showpiece in the years to come.

The final assays of the 16-hole resource drilling programme (including 70m extensions drilled at hole EQ012) at the historic Far North Queensland mine have shown bonanza-grade tungsten ore intercepts.

The results are potentially game-changers for the potential near-term re-opening of the old mine, as selected high-grade intercepts are in a zone less than 40 meters below the floor of the existing Andy White open pit.

Find out more about tungsten operations in Australia in this interview with Ryan MacNeill.