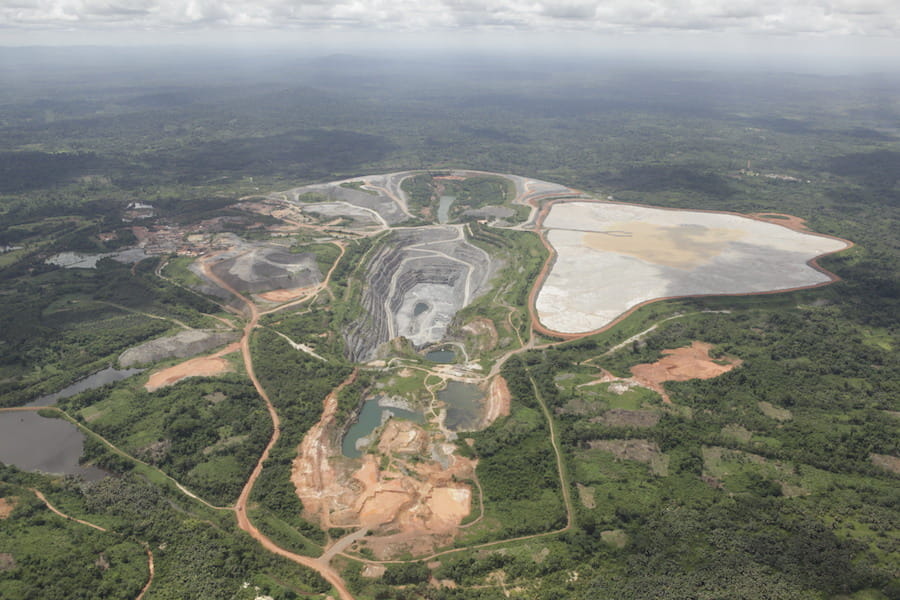 In this part two and the final article of the mine tailings article series, we evaluate mine tailings dam failures and discuss factors, causes and examples.

There are many examples where tailings dams have failed and caused catastrophic disasters such as environmental pollution, ecosystem damage, and loss of life. The causes of mine tailings dam failure are different as each failure is always site-specific, although common themes always emerge around:

In higher rainfall climates, tailings dams may need to incorporate a spillway to discharge excess waters and/or active water treatment especially if reagents such as cyanide are used. A mine will typically build a tailings dam in stages, expanding the capacity as operations progress. Some tailings dams are now storing more than a billion tonnes already, meaning they can truly be gigantic facilities.

What factors contribute to foundation failure?

Typically, mine tailings are pumped as a slurry to a storage dam known as a mine tailings dam. This dam follows similar engineering principles to water storage and hydroelectric dams. Characteristics that can be reasonably investigated at the design stage, and may contribute to foundation failure are:

Characteristics that can be difficult to investigate at the design stage but may contribute to foundation failure are:

How does failure progress due to foundation failure?

Characteristics of and influences on foundation materials that have the potential to progress foundation failure include:

Where have mine tailings dams failed?

Historically, there have been mine tailings dams that have failed all over the world and we highlight some of the prominent ones:

What happened where some of the mine tailings dams failed?

There have been several world mine tailings failures. Floods from tailings pond failures often cause fatalities and have serious long-term environmental effects. In North Bulgaria at the Mir mine, which extracted zinc, lead, and possibly uranium, an embankment at a waste pond collapsed, due to heavy rainfall combined with poor dam construction. The resulting mudflow flood of 450,000 m3 killed as many as 600 people in the village of Zgorigrad on May 1, 1966. A few decades later, not far away in Italy, a fluorite tailings dam started leaking on July 19, 1985, then breached, leading to the collapse of a lower dam. About 40,000 m3 of water were added to 150,000 m3 of debris from retaining walls of the dams, and this admixture picked up more than 100,000 m3 of debris, creating a fast-moving debris flow down the Stava Valley that caused over 200 deaths. More recently was the Brumadinho dam disaster, which occurred on 25 January 2019, when a tailings dam at an iron ore mine in Minas Gerais, Brazil, broke and released 12 million m3 of tailings, more than any events reported and resulted in 270 deaths. The toxic mud covered an area of 3.13 x 106 m2 and flowed about 10 km into the Paraopeba River, increasing concentrations of suspended particulate matter and toxic chemicals in the river.

Catastrophic releases of sediment with toxic elements have been triggered by tailing dam failures in many locations, releasing large amounts of mine wastes. These failures may be generated by overtopping due to unusually intense rainfall, poor engineering of dams, breaches during earthquakes or seismic liquefaction, or lack of maintenance or abandonment. On average, two to five major tailings dam fail each year, the rate of failure for tailings impoundments is about 10 times that for water-retaining dams. A synthesis of known historical tailings dam failures compiled in a database found 147 cases of worldwide tailings dam disasters. A preponderance of incidents over 90% occurred in active miens, suggesting an urgent need for regulations. Further research has noted that the database is likely to be incomplete and biased towards developed nations, since most tailings dam incidents remain unreported, especially in developing countries or in those countries where environmental legislation has been very lax.

Are mine tailings dam failures preventable?

Without doubt, all failures are preventable – but every tailings dam needs a comprehensive approach to all stages, from planning and design to construction and operation and eventually closure and rehabilitation. Recent disasters have highlighted the fundamental need for strong technical oversight, not just by mining companies and their consultants but especially government regulators. Familiarization with tailings dam behaviour and characteristics fundamentals and establishing a basis of the risks that apply to each unique site is undeniably essential. Knowledge and information sharing provide opportunity for designers, operators, researchers, and suppliers to reach out and learn from different regions and practitioners, tailoring the information gained in the interest of safety on their own site/s.

Part 1 – Mine Tailings – Overview and Management in Australia