Mine Tailings – Overview and Management in Australia 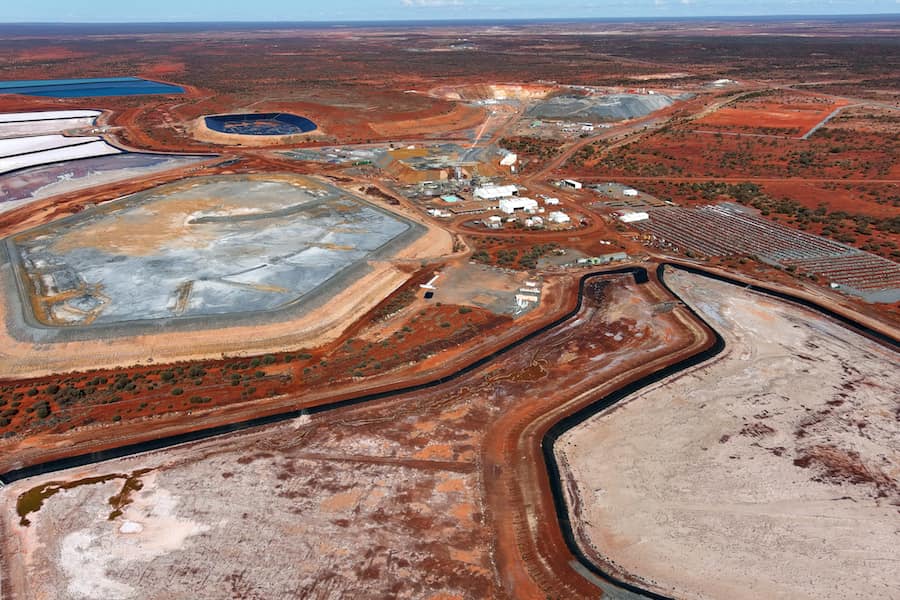 In this first article of a two-part series, Global Road Technology explores mine tailings and gives further interesting insights on the topic.

Mine tailings are the finely ground residue from ore extraction. Approximately 7Gt of tailings are produced globally each year as wastes and by-products of mineral extraction and beneficiation process. The grain size of the tailings depends on the nature of the ore and the milling process. The surface areas of tailings impoundments vary from less than 10 ha to several square kilometers, and the thicknesses of the tailings deposits vary from a few meters to more than 50 m. The relatively low groundwater velocities and the large areal extent of tailings impoundments result in long time intervals between the time of groundwater infiltration and the time of groundwater discharge to an underlying aquifer or to the surface-water environment. The primary environmental concerns of mine tailings are related to their heavy metal and sulfidic mineral content. Oxidation of sulfidic minerals can produce acid mine drainage that leaches heavy metals into the surrounding water.

Mine tailings management in Australia

Mine tailings management in Australia is best described by the efforts of Geoscience Australia that has teamed up with The University of Queensland, RMIT University, and the Geological Survey of Queensland to develop an Atlas of Australian Mine Waste, highlighting new opportunities to recover valuable minerals – a concept known as secondary prospectivity.

This new Atlas from the Australian Government’s $225 million Exploring for the Future program will, for the first time, create a national database of mine waste sites across the country and the minerals that could potentially be present.

The team will also create a methodology to assess if recovering any of these minerals is economically viable. This methodology will then be incorporated into Geoscience Australia’s Economic Fairways tool, helping to inform investment decisions from the Australian resources sector.

The physical stability of the hydraulic fill stope during and after the drainage period depends on several parameters that determine the strength and stiffness of the hydraulic fill mass. These parameters can be measured in the laboratory using reconstituted samples or in the mine using in situ testing devices. Due to the difficulties and high costs associated with carrying the in situ testing rigs into the underground openings, laboratory tests are the preferred alternatives.

Deterioration of tailings dam foundation performance and characteristics can have catastrophic flow-on effects to the remainder of the facility, regardless of the facility’s competence, stability, or contingency. Mine tailings and other sediments associated with the extraction of minerals can enter environmental systems in multiple ways. The introduction of sediments can be gradual, such as when driven by runoff at an active or abandoned mining site, or catastrophic and rapid, such as when associated with a tailings dam failure.

So, why are tailings dangerous? Metals and metalloids contained in mine tailings dumps are spread to various ecological receptors (fauna and flora), water resources, and the atmosphere when particles of the tailings are dispersed to surrounding environments through various environmental fate pathways. These metals and metalloids could be adsorbed by soil particles, taken up by plants, absorbed by micro-, meso- and macro-organisms, or leached to surrounding water bodies.

The study of the long-term fate of mine tailings as contaminants in fluvial systems involves an integrated geomorphological-geochemical approach, which assumes that metals associated with sediment are transported along the same trajectories as those of other elements bound to the particles. This assumption allows patterns of deposition and storage to be predicted based on the geomorphology of floodplains. Geomorphologists have analyzed these sediments near and downstream of mine sites to evaluate geomorphic processes such as dispersal and rates of sedimentation by assessing associated geochemical changes in floodplain and channel deposits.

Concentrations of toxic elements typically decrease downstream from the source at an exponential rate as the tailings are diluted by other sediment. Because their time of deposition often coincides with the time of human settlement, contaminated and dispersed sediments create a marker between lower and higher intensity land use and are routinely used for dating historical flood plains and sedimentation rates. Environmental concerns drive much of this research as these materials end up in waters and may harm life.

Remediating the extreme geochemical properties of tailings is the focus of rehabilitation strategies designed to convert tailings into a soil-like medium, and ultimately to create a material that can support a stable, self-sustaining ecosystem after mine site closure. In the absence of targeted rehabilitation or amendment strategies, in situ natural weathering of the tailings, including combined physical, chemical, and microbial processes, can take 50 years or more to decrease and stabilize the pH and decrease salinity to plant-tolerable values (pH 5.5–8; EC < 1 mS cm-1).

As limiting chemical, physical, and biological conditions abate during natural weathering, spontaneous colonization of the tailings by pioneer vegetation species (typically grasses) may occur, followed by shrubs and trees, which in turn supports in situ accumulation of organic carbon and nitrogen and development of stable soil aggregates. Microbial communities can make important contributions to key aspects of tailings rehabilitation including:

In developed countries such as The Netherlands, Canada, and Australia, the establishment of reference values for heavy metals in soils has allowed the improvement of their planning and environmental management, thus becoming a control device for environmental entities. The opposite is true in developing countries, a high percentage of tailings dams are old, and their construction was not subjected to state supervision owing to the lack of regulations, thus representing an even greater risk. Tailings dumps, therefore, do not just affect the scenic view of the landscape but may also present significant risks to biotic and abiotic environments.

In the second and final article of the two-part series, we will discuss mine tailings dams failures focusing on factors, causes, and examples.