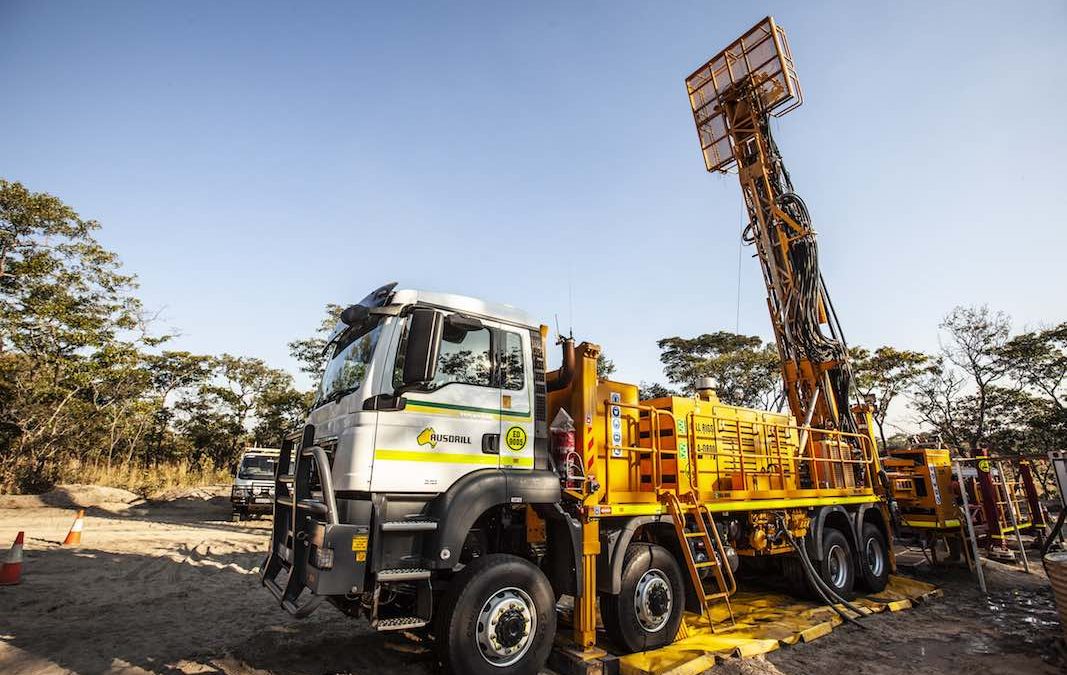 Halloysite is a rare form of kaolin where the mineral naturally occurs as nanotubes; microscopic tubes, the diameter of which is measured in nanometres (one billionth of a metre) and is imperceptible to the human eye. The properties of halloysite nanotubes make halloysite-kaolin products ideally suited to a diverse range of specialist applications, attracting a significant premium above the average kaolin price. For centuries, kaolin has been used in the production of ceramics because of its unique properties as a white bright inert mineral with very fine particle size. According to Andromeda Metals Managing Director, James Marsh –

“Australia has some of the world’s largest kaolin resources which have never been commercialised to any significant level for a number of reasons, but with the huge increase in global focus on carbon reductions and renewable energy, numerous new opportunities are opening up and the timing is right.”

China clay or kaolin is the name given to rock composed almost entirely of the clay mineral kaolinite, Al2Si2O5(OH)4. Kaolin and kaolinite are occidental corruptions of Kauling, a hill in Chine, from where the first samples to enter Europe were shipped by the Jesuit missionary in 1700. Some kaolinite is produced by the in situ hydrothermal alterations of feldspar in granites, for example, that of south-west England. Kaolinite may then be reworked from such a source, and re-deposited in lacustrine environments for example the Oligocene ‘Ball Clay’ deposits of Bovey Tracey, Devon. Kaolin also forms, as a residual deposit due to the intense weathering of aluminosilicate-rich rocks. These include feldspar-bearing igneous rocks, such as granites and gneisses. Kaolin can also be produced from sedimentary rocks including arkosic sandstones and shales.

The general chemical reaction leading to the production of kaolinite is:

Feldspar + Water to give Kaolinite

Kaolin forms as a residual deposit in the soil horizons of warm humid climates, where erosion rates are low, and there is plenty of time for leaching to take place. Notable commercial deposits occur in China, naturally, south-west England, Saxony in Germany, Bohemia in the Czech Republic and Georgia in the USA. Kaolinite has physical and chemical properties which make it useful in a great number of applications.

So what then is halloysite?

The name ‘halloysite’ was coined by Berthier in 1826 to honour its discoverer, Omalius d’Halloy, who studied a tubular mineral identified in a sample for Liège, Belgium. In the 19th century, this material was originally distinguished from kaolinite on the basis of its higher proportion of water. Halloysite occurs in nature as rolled alumosilicate layers containing tetrahedral SiO4 and octahedral AlO2(OH)4 sheets with intercalated water molecules between adjacent layers. Pure halloysite (10Å) has the chemical formula of Al2Si2O5(OH)4.nH2O, where nH2O stands for intercalated water. After drying in mild conditions, it irreversibly loses intercalated water, transforming to halloysite (7Å), where n = 0. Commercially available halloysite is generally halloysite (7Å), due to the relative instability of halloysite (10Å) where the former is the dehydrated state and the latter is the hydrated state. One of the most important features of halloysite is its different chemistries at the inner and outer sides of the tubes. Silica sheets correspond to the external surfaces of the tubes, while aluminium oxide makes up the inner (lumen) surface chemistry. Aluminium and silicon oxides have different ionisation properties and surface charges. The difference in surface charges allows for the selective modification of inner and external faces of halloysite nanotubes and selective loading of negatively charged molecules within halloysite internal lumens.

There are many different applications of halloysite owing to its unique properties. Some of these applications include:

The harmful effect of kaolinite is mainly related to the presence of quartz, a common associated mineral in kaolins. Kaolin miners and industrial workers heavily exposed to kaolinite dust may develop pneumoconiosis, often referred to as kaolinosis. Research from the 90s showed that there was no increased lung cancer risk from kaolin workers. Experimental research on rats did not reveal carcinomas of the bronchus nor mesotheliomas. Epidemiological studies, reviewed in the 90s, suggested that kaolinite-bearing dust was fibrogenic only under extraordinary conditions, notably high concentrations of dust or exposure combined with another respiratory disease, such as tuberculosis. Research in the 80s found kaolinite in the pulmonary tissue of live kaolin workers who had pneumoconiosis but didn’t detect silica in the lung samples. Similar findings were also reported in the 90s  with results of in vivo experiments on the fibrogenic potential of kaolinite-bearing dusts being inconclusive.

Halloysite-kaolin resources in Australia: A conversation with Andromeda Metals

Halloysite-kaolin is an intriguing commodity growing in stature in Australia as mining companies and explorers come to understand its high value. It’s considered the most researched clay mineral in the world, yet there are no active producers of the resource in Australia to this point. However, there are a handful of emerging companies looking to change that, the most advanced of which is Andromeda Metals. Andromeda is in the process of developing its Great White kaolin project on the Eyre Peninsula in South Australia and has a halloysite-kaolin specialist to call its managing director. Find out more about halloysite-kaolin resources in Australia from this GRT Q&A Series interview with Andromeda Metals Managing Director James Marsh.