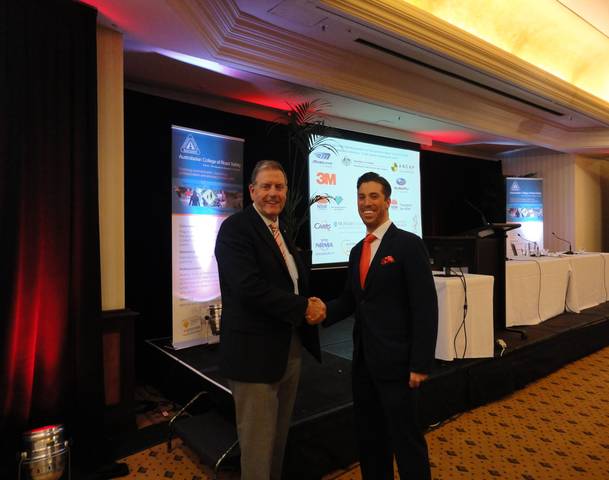 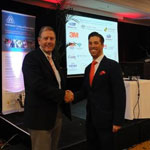 Jordan Paris, who was born three and half months premature when his mother was involved in a serious car crash 23-years-ago, has carried thoughts of road carnage throughout his life and is a Director of Global Road Technology and a road safety ambassador.

“I have been a victim of unsafe roads, and my mother sustained serious and permanent injuries and still to this day doesn’t feel comfortable on our roads, so this is a cause close to my heart and I want to make people aware of the dangers unsafe roads can have on people with this being a major global problem,” he said.

“Every six seconds someone is killed or seriously injured somewhere in the world. That is 1.3 million road deaths every year so this is a growing global epidemic.”

The push is on to make roads safer globally with the UN proclaiming the Decade of Action for Road Safety 2011 to 2020. This initiative is now sponsored by more than 100 countries, including Australia.

“I believe like the UN it’s time for action, and I am in full support of the Make Roads Safe campaign which is urging Governments, business leaders and the public to support the UN 2011-2020 Decade of Action for Road Safety,” said Jordan.

Present at the conference was Nigel Robinson, acting manager of the RTA’s Aboriginal Action Plan.

Mr. Paris asked Mr. Robinson: “You mentioned roads help the community connect so how are you looking to improve the unsealed roads and infrastructure in the Aboriginal communities?”

Mr. Robinson responded by saying Aboriginal communities were in need of new and improved ways to help fix roads.

“We are getting a lot of support from the Federal Government. If these roads are not repaired or maintained, people who live in the Aboriginal communities can’t get to hospitals, can’t get their licenses and can’t get jobs so infrastructure creates better jobs and builds profits within communities,” he said.

Global Road Technology is a strong supporter of the global Decade of Action for Road Safety campaign.

“The vastness of Australia depends on road infrastructure yet only 41 percent of regional and remote roads are sealed, which is unbelievable,” he said.

“By any measure, these roads are a nationally-significant infrastructure asset. But they are ageing fast and falling into increasingly poor condition. These roads are failing to support efficient agricultural business. They are not ready to support the huge development of mining activity occurring in many of Australia’s rural areas.

“These roads are the single biggest factor for business efficiency, domestic and export market success, social connectivity and community safety.”

“Canberra is in the dark about local roads. It can tell you almost nothing about them as local roads are a $75 billion dollar asset of national significance that has been mismanaged by successive governments for decades. Local roads are the lifeblood of much of the Australian economy. Their management and funding structures must change.”

Mr. Paris said he wanted Australians to be aware what action needs to be taken now to improve road safety.

“At Global Road Technology, we are committed to working with Federal and State Government, the mining industries, rural and remote communities, to reduce these road statistics and make our roads safe”.

Global Road Technology provide the simple solution to a global problem of creating better and safer roads for people, industry and communities everywhere.